Virtualisation: everything is upside | Jan19 Newsletter 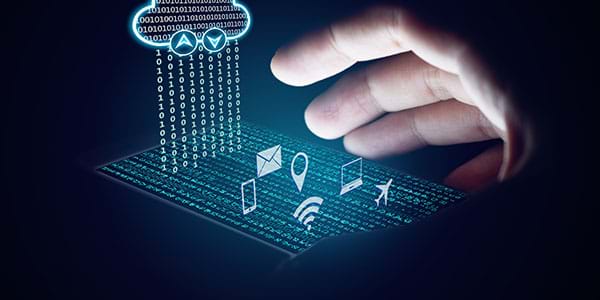 In principle, virtualisation is very simple. It divorces software from hardware, allowing you to combine the software that would normally run on separate physical servers onto a single piece of hardware. These ‘virtual servers’ make possible tremendous efficiency gains: no longer will you have to worry about (physical) servers being under-utilised and their capacity being wasted. By breaking the ‘one server, one function’ rule you can minimise duplication and maximise usage of your hardware. You can also add new capabilities – new virtual servers – without having to buy new hardware to host them.

It’s an approach that saves time, money and space while boosting overall performance and creating new opportunities for workflow improvement and business enhancement. Let’s explore the benefits in more detail.

As noted, virtualisation works by consolidating your physical resources into one virtual environment that can run multiple operating systems and applications where once it was only possible to run one or two. This means businesses of all sizes can significantly enhance their technology backbone and capabilities without needing to purchase expensive new hardware.

This is a worthwhile cost reduction, but the flow-on benefits are also significant. Once virtual servers are operational, they also require less maintenance and draw less power, meaning operating costs also are lowered.

This is a critical factor in the business case for adopting virtualisation; short-term setup costs will be more than offset by a strong return on investment in the medium to long term. Benefits includereducing overall IT costs, reducing the number of servers needed on-site, cutting energy consumption, easily creating independent user environments and providing affordable web hosting.

By allowing you to access the all the capacity power of servers you already own, virtualisation improves performance without requiring any additional space. The chief drawback is that not all servers and applications are virtualisation-ready. Some licences, for example, prohibit the use of certain applications in virtual environments.

One of virtualisation’s biggest benefits is that is makes backup and recovery much easier. Regardless of how well your data centre runs, servers do crash and it’s vital to get them back up and running without losing any data. Virtualisation allows you to clone your server infrastructure by creating a ‘golden image’ that can be used to get you back up and running in a matter of hours rather than days.

Given the benefits of virtualisation, it’s no surprise that more than 80 percent of existing x86 servers have been virtualised already. It can seem like an intimidating process, but with the right solution – like HP’s Converged Storage – you’ll be enjoying reduced costs, better disaster recovery and increased performance in no time.