The trends, changes and challenges in intelligent manufacturing | Jan19 Newsletter 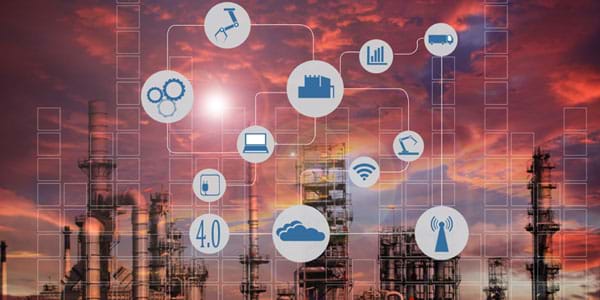 When you read the word ‘manufacturing’, surely one of the first thoughts that pops into your head is Henry Ford’s 1913 introduction of the moving assembly line.

It took the concept of mass production, introduced standardisation, and saw the time required to build a Model T go from 12 hours to less than three.

The system took existing ideas about manufacturing, added a bit of ingenuity and the result was an improvement that was good for both the company’s bottom line and consumers’ bank accounts.

In many ways, that’s what’s happening with the concept of intelligent manufacturing – except this latest development adds the unbridled power and intellect of modern technologies.

More than just a means of replacing human labour with that of robots, 3D printers and other automated systems, intelligent manufacturing also aims to develop an entirely new way of creating goods, based on data.

With big data giving companies a whole new level of insight into their own processes, as well as the demands of their customers, intelligent manufacturing has the potential to mass produce a product at the exact level of requirement – accurate to the singular last required good.

Add in the modern consumer’s expectation of on-demand services, while also wanting their goods to have minimal negative impact on the environment, and intelligent manufacturing is clearly the future. But what’s on the horizon?

A ‘digital twin’ is a replica of a physical device that exists purely in a virtual sense, allowing for insights and forward projecting of how the real-deal device can expect to perform over time – and how it can improve in real-time.

While the concept has been around for years, advances in technology have made a digital twin accurate to the point it is set to become an essential aspect of modern manufacturing.

After years of promising so much, AR and VR technology is finally starting to deliver – and it is changing the manufacturing process.

With a VR headset, new products can be created, tested and shared – accurate to the last component – for a fraction of the price of building a physical prototype. Meanwhile, AR offers huge possibilities in the way a company repairs and maintains its hardware – for example, you could look at a broken machine and be shown on your augmented reality glasses how to fix it, step by step.

As more and more of the manufacturing process is overseen by products and machines that can be managed remotely via the internet, the probability of that system being compromised similarly grows.

A crucial aspect of smart manufacturing therefore lies in ensuring malware, hackers and other online nasties cannot breach systems and compromise workflows – or even physical safety.

Don’t forget everything else

With the rise of services such as Uber and Airbnb, it’s become clear that everything as a service (XaaS) is going to change all businesses.

XaaS is lessening the need to make purchases, with consumers now preferring to simply pay a monthly subscription or hire goods on as-needed basis.

This may result in companies creating and selling fewer goods, but it also offers the chance for manufacturing businesses to cut out the middleman and deal directly with their end consumers, thus improving profitability.

As we can see, there are big changes ahead for manufacturing, and there’s lots to be excited about. After all, who doesn’t want manufacturing to be faster, smarter and easier? Everyone stands to benefit, from producers to consumers – we can’t wait.