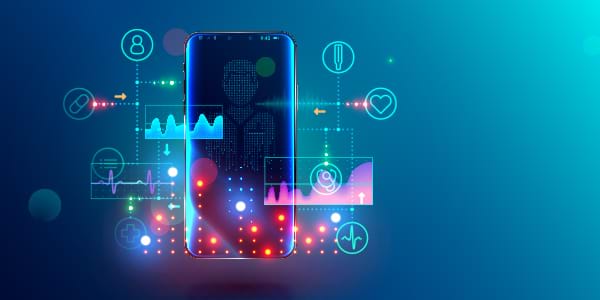 The WannaCry ransomware attack threw the healthcare system into chaos when it spread through IT systems at a number of hospitals and GP practices in 2017. The malicious ransomware cancelled 19,000 appointments, locked staff out of their own PCs and cost the UK National Health Service (NHS) an estimated £92 million.

It’s a cautionary tale, mostly because it could have been largely prevented. Despite warnings, many of the healthcare organisations affected had failed to update their Windows operating systems with a new security patch that was released prior to the WannaCry attack.

That’s a mistake the NHS does not want repeated. NHS Scotland recently announced a major deal with Microsoft that will move more than 100,000 NHS staff onto a Windows 10 E5 subscription, which includes access to the software’s upgraded Advanced Threat Protection functionality.

The announcement is a major boon for patients concerned about the security of their private health information. Under the deal, GPs, consultants and support workers will be moved from more than 100 independent computer systems onto a single digital platform that will be used to share patient information in a more secure environment. All 161,000 NHS staff will also be given access to Microsoft’s Office 365.

And Microsoft has put up an extra layer of defence against hackers with a powerful new upgrade to Windows 10. The software’s built-in antivirus protection – dubbed Windows Defender – already fights off a range of cybersecurity threats including viruses, malware and spyware. Now it’s going a step further with a new update that adds ‘sandbox mode’ to its defensive arsenal.

Sandboxing is used to isolate programs in their own environment. The idea is that if a virus or other hacker attack compromises a sandboxed program, the rest of the system is protected from any spreading damage.

Sandboxed programs are also a prison, of sorts, for hackers. That is, if a hacker gains access to the system via a sandboxed program, the sandbox will prevent them from breaking into private data stored elsewhere in the system.

The update to Windows Defender also provides options to run quick or full scans, and presents a new device performance and health screen that offers insights into the current security status of the computer at a glance.

Tech talk aside, this all adds up to a serious real-world improvement in security for Windows 10 users – and one that’s seriously needed in the healthcare industry.

Relevant healthcare organisations must upgrade to Windows 10 by January 2020, which is a date that can’t come soon enough for the NHS’s many concerned patients.