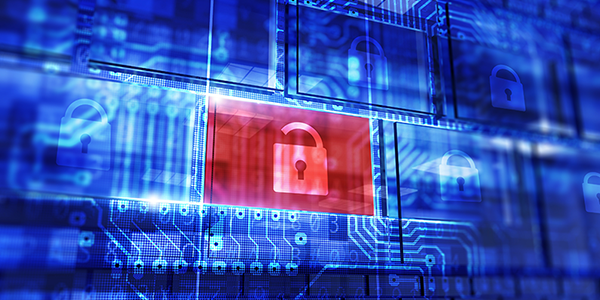 "Attackers have never had more chances to steal corporate data."

Any measured look at the headline-making cyber breaches of the last few years makes it clear that corporate and government systems are under attack.

Deflecting the variety and ferocity of these assaults is becoming more difficult, yet organizations' first response to so many problems is to insist on building bigger, sturdier walls guarded by the digital equivalent of medieval sentries. As if taller, stronger walls will solve everything, when in fact this "solution" only provides a false sense of security.

"Perimeter defense," as this approach is known, isn't what it used to be because the perimeter itself is changing. From the Internet of Things (IoT) to the cloud and the growing influence of smartphones and tablets, the perimeter extends from the office to the employee’s pocket. Defending it requires a new approach.

A world without walls

Boundary-less networks are problematic for all sorts of reasons. For security pros, the biggest problem with cloud-centric computing is that it's difficult to plot—and subsequently protect—the physical journey of the data that matters most to companies.

Contrast this with 20 years ago when most networks had defined borders. Gateways would stand in front of routers monitoring traffic as it made its way beyond the firewall, which acted as a sentry. Anything that didn't look or act secure wouldn't get in, or out; firewalls and intrusion detection systems made sure of it. This is no longer the case.

Think of the sales manager working in the field each month. Chances are he'll spend at least some time on the road working in applications that have been created to make his on-the-go job possible. In the process, he'll have opened a tunnel between his device, the closest available Wi-Fi hotspot and the company's corporate network. A single breach anywhere along the journey could expose sensitive data that can impact a company's bottom line.

"Too many developers treat security as an afterthought. That must change."

From secure perimeters to secure data

Enterprises must think like the bad guys. They have to recognize that every new piece of equipment and every new app has potential exploits. Add nodes and that amplifies the weakness, which is why attackers are so keen for the acceleration of today's IoT and mobile-driven world.

The reality is, no matter how perfect security might appear, the growing influence of IoT and mobile data access guarantees that most enterprises will use applications that are exposed and open to the world. This makes them a natural target and forms a new, complicated perimeter that's much tougher to defend.

But it can be done. Organizations need a new approach that combines multiple facets, shifting the focus from guarding networks to guarding data and the applications that produce it. Here are three ways to accomplish that:

Therein lie the keys to security in the new boundary-less world. Rather than exert control at the perimeter, as has been done in the past, enterprises must use new and diverse methods to keep data safe, starting with Dev-Sec-Ops for better application-level security since that's where users and attackers are focusing most of their efforts today and for the foreseeable future.

Smart encryption and better analysis are also imperative and entirely within our control. Enterprises should use all of these strategies in combination to keep their information safe. Strong firewalls, smart intrusion detection systems and good anti-virus software, while still relevant, are no longer enough.