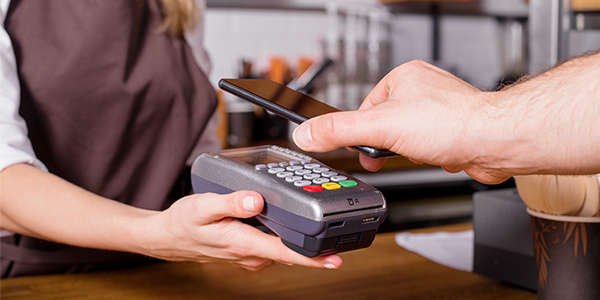 The rise of new payment platforms

After years of hype and speculation, contactless digital payment platforms from technology behemoths like Apple and Google are beginning to take off. If the experts are right, the days of paying with coins, bills and plastic cards could soon be behind us.

Also known as ‘mobile wallets’, this refers to apps that allow you to make purchases using your smartphone at point-of-sale (POS) terminals that accept contactless payments. According to data compiled by Statista, proximity mobile payment transactions could total US$190 billion in the US by 2021, with over 60 million users switching over before 2020. In Australia, the Deloitte Mobile Consumer survey reported a 25 per cent growth in mobile purchasing between 2016 and 2017. As of August 2017, there were 87 million Apple Pay users worldwide.

How do mobile wallets work?

It simply requires uploading the details of your eligible credit and debit cards to the payment app, after which you’re free to shop using your device. It’s the same kind of technology found in commuter cards, anti-theft tags and smart cards. The advantage of putting it in a phone is the universe of possible applications. For example, using NFC you can tap two Android phones together and exchange data such as contacts, links or photos.

The benefits of cashless payment

One reason for the boom in mobile wallets is their acceptance by a growing number of financial institutions as a convenient alternative to cash and cards – one that particularly appeals to younger, more tech-savvy shoppers. Benefits compared to these older forms of payment include:

Security
Apple argues that its Apple Pay mobile wallet application is safer and more secure than the plastic card issued by a bank. Why? Because when you make a purchase, your card details are completely hidden from the merchant behind an encrypted code. Further verification is provided by requiring that the user enter their fingerprint passcode.

So is this good or bad news for banks?

The demise of cash and credit cards won’t happen overnight. But as more payments go mobile, the big financial institutions can either lead the charge or watch their payments business disappear to their competition. Companies like American Express, MasterCard and Visa already offer their own NFC mobile payment options. For banks that aren’t already on board, it’s never too early to innovate.