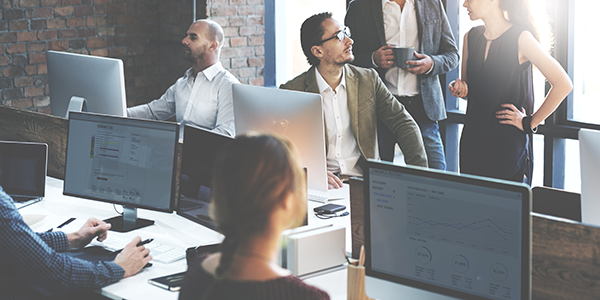 Windows 10 got off to a flying start, with business users quicker to adopt it than any previous version of Microsoft's operating system. They were lured by the company's promise that this was the most secure Windows ever. They were promised that it was easier to manage and that productivity of employees and IT departments would rise. The evidence shows that this time, the promises might have been true.

Forrester found that desktop management takes 15% less time with Windows 10. It also found a 33% reduction in security issues with Windows 10. And (almost as crucially) it also takes a third less time to resolve those that are left.

If they've used a version of Windows from Windows 7 onwards, your users will be right at home with Windows 10. There's some expansion of familiar features—like the Start button—but it doesn’t feel like starting all over again.

That's especially true if they use Windows on multiple devices. The transition from tablet to desktop to laptop is easy.

Forrester found that Windows 10 is easy to use, partly because it comes with more self-service help functions. Moreover, it is easier for IT to manage—taking much less time to install, manage, and support. The combination of these qualities is estimated to result in 15% cost saving annually.

Threats are on the rise, regardless of which operating system you use. Windows 10 makes it harder for employees to pass data onto the wrong people—accidentally or maliciously. It incorporates an additional layer of protection that employs containers and data separation at the application and file level, so your data is protected wherever it goes—from PC to tablet to USB drive to email to the cloud.

Forrester found that new features such as Credential Guard and Device Guard, together with the improvement of existing features, meant that security events requiring IT remediation were reduced or avoided altogether.

Credential Guard protects corporate identities by containing them in a hardware-based secure execution environment. Device Guard lets IT lock down devices to provide advanced malware protection, including blocking everything other than trusted programs.

A 75% reduction in machine boot up time was recognised by Forrester as a significant improvement to productivity.

Employees are even more likely to notice that Skype is baked into the Windows 10 experience, allowing for instant messaging, video conferencing, and better collaboration. Skype, and various other Windows 10 improvements, allow for easy document sharing—no more riffling through email archives to find that document.

More than anything showy, it's likely that Windows 10's elimination of persistent irritations—misplaced files and wasted time—will be something that both your employees and IT team will appreciate the most about the new operating system.