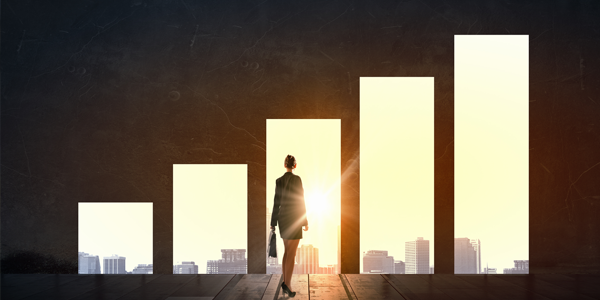 The machines are rising. Artificial intelligence (AI) has proven it’ll be no fun at a party, having taken down the world’s best player at the difficult strategy game Go. If that makes you anxious, good news: virtual reality (VR) is being used by doctors to help patients with anxiety. We live in interesting times, so what’s going to be especially interesting to watch this year?

Well, duh, so let’s get this one out of the way quickly. The only novelty in this prediction is where the danger is coming from: increased reliance on IoT means more breaches of security and privacy.

Even big players are only scratching the surface when it comes to using machine learning to improve customer service. Look for:

Less sexy than AI but fundamental, W3C (world wide web consortium) specification, and (maybe) better JavaScript libraries could see cross-browser compatibility issues become a thing of the past. Good news if your business does business online.

Who doesn’t want to be in VR when it’s new and shiny and has applications as far-ranging as therapy and gaming? Microsoft, Facebook, and Google have put a waterfall of money into VR, but it’s the startups you want to watch. Will VR be the cornerstone of the next Microsoft or Apple?

By 2020, 70% of the world’s population will have a smartphone. If you’re still asking mobile browsers to pinch and squeeze, it’s time to act.

You can watch the rise of AI and VR, but this might not be the year you get to invest in them. Spiceworks has surveyed the IT world and confirmed that IT budgets will be flat (or down) in 2017, and they’re not expecting to take on new employees, either.

Consumers have long bought more laptops than desktops. Now, companies are budgeting more for laptops, bringing the budgets for both to par according to Spiceworks’ network data and surveys.

Over 10 weeks in 2015, 11% of businesses organisations said yes to Microsoft’s offer of a free Windows 10 upgrade. By halfway through last year, 40% were onboard. The trend line suggests 73% of organisations will be using Windows 10 by July.

Windows Server 2016 offers improved virtualisation features, better security, more advanced software-defined storage functionality, and better integration with popular cloud services. That will drive adoption, although it won’t be until Windows Server 2008 reaches end-of-life in 2020 that its successor will dominate.

Flat budgets will mean delays in upgrading operating systems. More than half of businesses are running at least one copy of Windows XP somewhere, despite it reaching end-of-life in 2014.